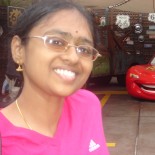 Everything does pass, and we can endure and we can survive!! – Rahul Dravid

I found the Thamizh word ‘prasavam’ pregnant with deeper meaning and suiting our title aptly. The word prasavam ப்ரசவம் consists of two parts. One=ப்ர [pra] and the other= சவம் [savam]. The one word includes both the meaning of Life [pra] and Death [savam]. Pra means: as in pranan=the vital air, as in prarambam-beginning [here indicating beginning of new life], as in prathyekam-special, important, as in pratham=being first, as in prathamai=the first thithi [day of waxing and waning moon]. Savam means: without life, dead body, corpse, contemptible. Both pra & savam joined together though gives the direct meaning of giving birth and ‘life giving’ it also contains the hidden meaning of death or even, shall I say, giving life to dead. What was earlier ‘dead’ gets life now! It shows the continuity of the Soul which shed the body [which became dead] getting on the birth a new body.

The quotes from Bhagavat Gita are from the book The Bhagavt Gita by Dr.S.Radhakrishnan. The English version of Thirukkural is of Madurai University. English versions of other quotes are given by author.

Now and then we do hear about some cases of rebirth. Swami Sivananda of Rishikesh has referred to a few such cases. Just a few years back there was a news of this kind. A child in Bihar refuses to call the present [birth] parents as father-mother but informs that she is the daughter of someone else in Uttarpradesh! She could say the address and show the route right up to her previous brith house! Here it was found that there was a [recent] death of their child! Media has not helped us to know the present situation!

Sastra – For Sanatana Dharma it is the theology on righteous conduct, sacred scriptures, directions, injunctions, instructions and rules framed by Rishis in consonance with Vedopanishad texts. Sastras throw light on what we cannot see or understand. It is a helping tool. There are some things which we can see, read, hear, experiment and understand. On certain things we come to conclusion, [though we cannot see or do any of the above], based on some criteria. This we call it as ‘inference’. Through Sastras Sanatana Dharma helps you see, understand beyond these two also! All that you don’t see, hear or read are not untruth. Have an unbiased mind of inquiry. Look beyond!

I have made a reference under this section about the preference of dying during ‘uttarayana’. There are two motions [ayana] for Sun. One is northwards and the other southwards. [For more details on the subject of ‘directions’ and its Lords reference can be made to author’s book “Sacred Thread-பூணூல்-Yajnopaveetam”] The belief is on the day of ‘uttarayana’ [Sun’s first day of northward journey] the doors of Lord Vishnu’s abode Vaikunta’s are kept open to receive all the Souls that depart from earth! The south is the direction of Lord Yama!

May be that is why this preference of north direction and avoidance of south direction arose. But in fact do we, really, have a choice of time in death. I don’t think so. Just as you don’t have choice in birth there is no choice of death or its time too. However truly great have that will power to do it, like Bhishmacharya. After the Kurukshethra war he waited for 56 days on the bed of arrows for uttarayana to arrive to depart! It is surprising and interesting that Bhishma’s mortal remains didn’t fall down to earth! Arjuna’s arrows made a bed and pillow for him.

I have made a reference to Vivasvan. Vivasvan is another name for Lord Surya [Sun]! Vivasvan is considered to be origin of all planets and the solar system. The lineage of King Dasaratha and his son Rama [who stuck to ‘dharma’-righteous ways-under any and all circumstances] starts from this Vivasvan. Look at this lineage. The king who stuck to ‘truth’ at all times including the worst period of adversity caused by Sage Vishwamitra comes in this lineage much before Dasaratha. It was King Harishchandra. May be if I am able to, I will try and get a complete list of this lineage from Vivasvan to Lava-Kusa [Lord Rama’s sons]. [I wish it does not prove to be a wild wish!]. In our puranas [history] there is a mention about two races of rulers; one of Sun and the other is of Moon. Vivasvan is the father of Manu, the first ‘man’! It is Manu who gave us the ‘manu sastra’. So Manu, Ashwini Kumars [twins], Lord Yama, Karna of Mahabharata [Kunti’s son] are all brothers [own, step or half !], being sons of Vivasvan.

The thankless editing job has been by Ms.Rohini Ramanathan. She threw some good suggestions too.

Some of the topics that have been touched upon here have kindled me to think on writing more!

I pray, God bless all those who read this. May be more blessings for those who were fortunate enough not to have read this!

Blessed are consort Valli [magnetic power to knowledge] and all devotees!!